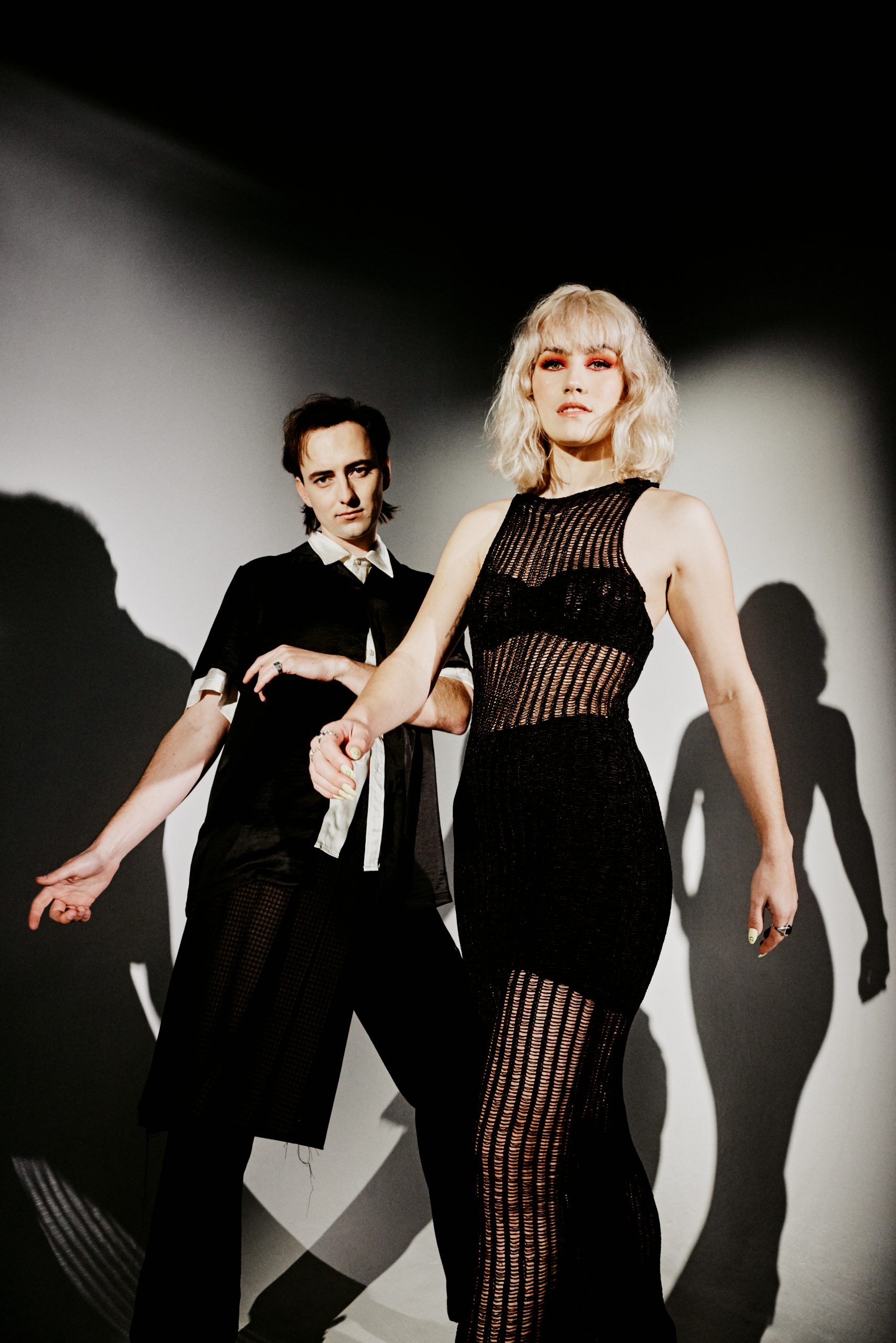 The multi-instrumentalist team of Ash Wallace and Gabriel Everett galvanize with their forward-thinking sound. A singular organism in duo form, their boundary pushing formula bears all the gleaming hooks, infectious rhythm patterns and deft arrangements required for success.

A fierce energy between the writers and a powerful understanding of the pop form ensures only elements that advance groove and bolster melody are employed. Says the duo, “We aren’t afraid to experiment and push at the seams of pop to find our own place within that”. Their lyrical themes explore complex facets of the human condition, heart and soul, love and loss and the importance of togetherness.

The band’s musical references unsurprisingly feature a good selection of classic funk, including genre giants like Prince, Michael Jackson and The Commodores. The references serve as a granite foundation rather than a platform for pastiche. “Our one true love is a funk bassline”, the pair describe, “it’s the undeniable groove that will always be a cornerstone of our sound because it gets us both the most energised.”

Adding inspiration from forward-thinking contemporaries like Caroline Polacheck, Charli XCX, and Remi Wolf who toe the line between pop and alternative music in an unpredictable way, Foley are emboldened by modern pop acts who haven’t given into a “mold for the masses”.

Allowing themselves the luxury of going down a rabbit hole to find new textures on which to land, has made for music that the duo describes as “a grittier brand of pop that we have now fallen in love with.” This fresh terrain finds Foley exploring deeper into the grooves, taking time to search for rare elements of sound that might clash against each other to spark totally new vistas.

The duo have sustained radio love since their debut, landed high-profile festival appearances, received award nominations, and a contract for new projects via global label Nettwerk. Aside from their own headline tours, they’ve opened for the likes of Tove Lo, Still Woozy, Two Door Cinema Club and more.  This all speaks to the powerhouse the act has become in a relatively short space of time.

Importance placed on the transition to live performance is a strength that has seen Foley deliver transcendent renditions on festival stages and headline shows throughout New Zealand. Over time the pair have learned to trust their instincts in a live setting, focusing instead on their own taste and “gut feeling”. The pair understand that their audience feel a need, “to be surprised , so if we keep making music that experiments with sounds and ideas, our fans will come along for the ride.”

Expanding to a four-piece for live appearances, the extra thrill of taking chances adds to their dynamics, “we’re performers at heart, it doesn’t feel right to be playing with only a perfectly timed backing track.” Foley finds magic energy in the vulnerability of a truly live performance. Says Wallace, “If we’re on the edge of our seats then the audience will be too…elements they haven’t heard are flying at them all the time and it could all collapse in a second – but it doesn’t”. This reinterpretation is “so much more alive and evolving,” bringing extra grit and texture to live versions of their inventive pop.

Foley ultimately seek to bring souls together. “We write music that bonds people in their experience, through heartbreak, joy, the ups and downs of life.” The pair share the same  philosophy and simple mantra for everything that they do, it is, “to make people feel like they are part of something, regardless of if that thing is huge or tiny, music is about community and coming together.”