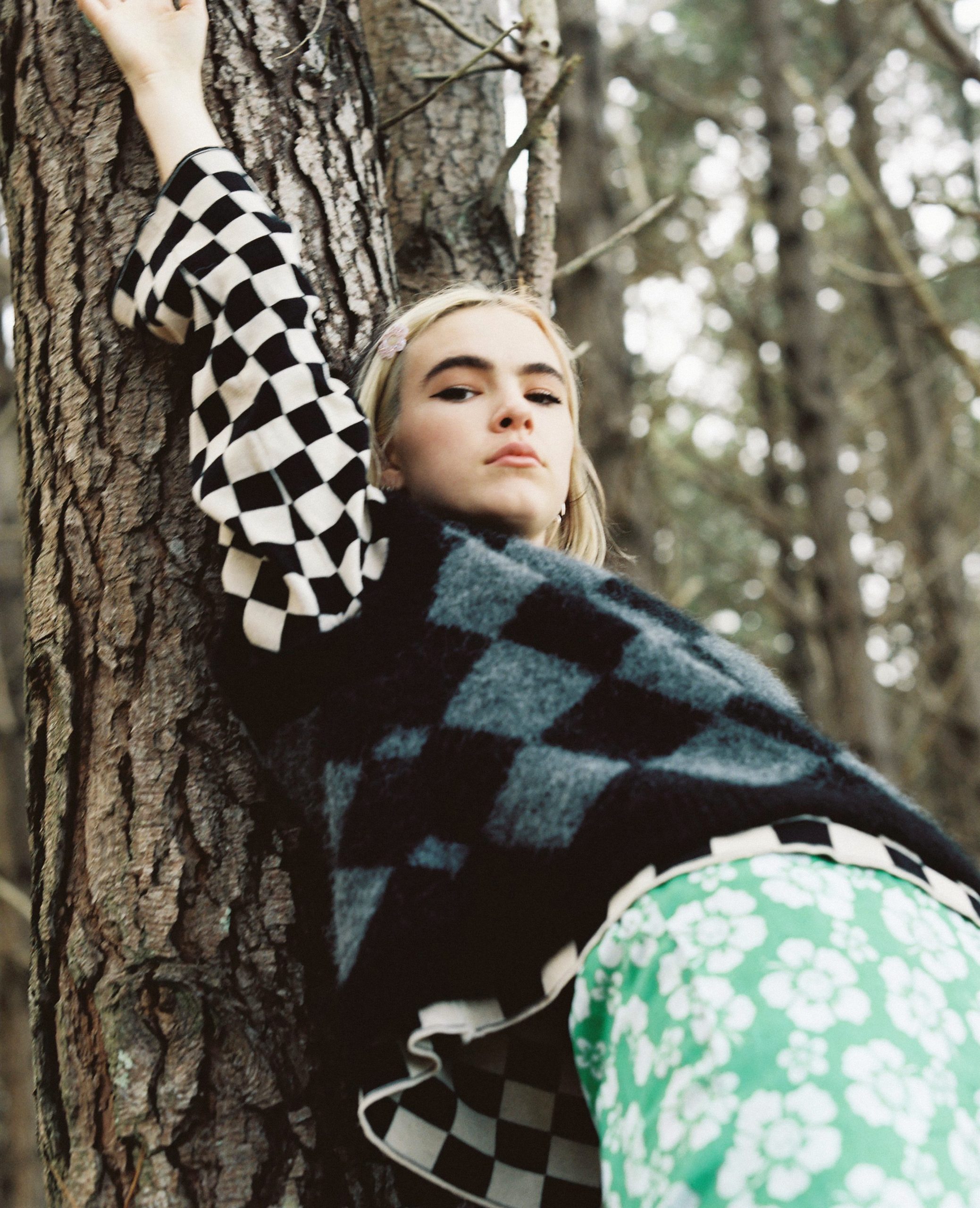 Stella Rose Bennett, who records as BENEE, grew up in Auckland, New Zealand on a steady diet of downer Soundcloud rap, James Blake breakup hymns, and artists who valued experimentation like Bjork, Groove Armada, and Radiohead, which her parents exposed her to at an early age. It was this boundaryless existence that planted the seeds for the songs she now makes, and set her up for a career in music, even if she didn’t know it at the time.

Last year, Bennett released two BENEE EPs. FIRE ON MARZZ and STELLA & STEVE each delivered a string of instinctive, hyper connective hits that brought a rush of fans to her door. With 2.1 billion streams across all platforms, Supalonely is certified Platinum in eight countries including the US.  In Australia, Supalonely, Glitter and Soaked are all Double Platinum records and Evil Spider and Find An Island are Gold – an impressive feat also matched in her home country.

Additionally, she was named Apple Up Next Artist July 2020, nominated for MTV VMA “Push Best New Artist” 2020, MTV EMA “Best Push” Artist 2020, E! People’s Choice Awards New Artist of 2020, and nominated for New Zealand’s 2020 Aotearoa Music Awards in the Single of the Year, Best Solo Artist, and Best Pop Artist categories. In 2019, she took home four trophies at the New Zealand Music Awards: Single of the Year (“Soaked”), Best Solo Artist, Best Pop Artist, and Breakthrough Artist of the Year. All of which set the stage for what would become her debut studio album, Hey u x, which is out November 13th. In a move that will now feel alien to her international audience, Bennett was able to perform two sold out shows at Auckland’s Spark Arena in mid-October—potentially the biggest shows happening anywhere in the entire world at that moment. The second of these, the last show of her sold-out national tour, was also live streamed to those in countries with less success than New Zealand in slowing the spread of COVID-19.

Hey u x is a fascinating album that exists in two opposing eras of modern society: the (relatively) carefree pre-pandemic era, and the post COVID world, where lockdowns and intense isolation are now a regular part of life. Each of the songs on the album offer up a discrete universe of heartbreak, loneliness, and personal growth, shot back to the listener as quiet communiques. “I’m writing music for one human listening to the music,” Bennett says. “I want them to feel as connected as they can to my mind. Like a message that you send to a friend.”

Bennett’s uncanny ability to straddle the line between deeply personal, often idiosyncratic songwriting and pop hits with broad appeal is on display on Hey u x singles like “Snail,” an intricately minimal track that she describes as her “lockdown song.” “I was at my parents’ place [during lockdown], and I wasn’t leaving the house at all,” she says. “There were a crazy amount of snails, and I was just fascinated by them. I turned it into a story about a snail and a human and what happens when the snail wonders why the human isn’t coming outside.” It’s a testament to her writing ability that she’s able to draw such melancholy loneliness from an interaction with a slimy creature with evocative lines like “As I wake, down goes day/Out comes night, look alive/And I’ll meet you in the park/The moon will light up my path/Everything’s passing by I ride to you on my bike/While everyone is asleep/Meet at the top of your street.”

Elsewhere on the album, Bennett teams up with Gus Dapperton for “Supalonely”, a jaunty breakup track disguised as a TikTok megahit and Spotify global Top 10 moment. She wrote it while on a month-long recording trip in LA, far from New Zealand. Just before she left, she and her boyfriend broke up. Suddenly she was halfway across the world, alone. “I didn’t know anyone. I was like, I’m just not in the right place at the right time. What am I doing with myself?” she says. Though that sounds like a depressing scenario, “Supalonely” is actually a self-deprecating, tongue-in-cheek exploration of sadness—an acceptance of the emotions, paired with a wise-beyond-her-years awareness of how self-pity can amplify and warp our feelings in any given moment.