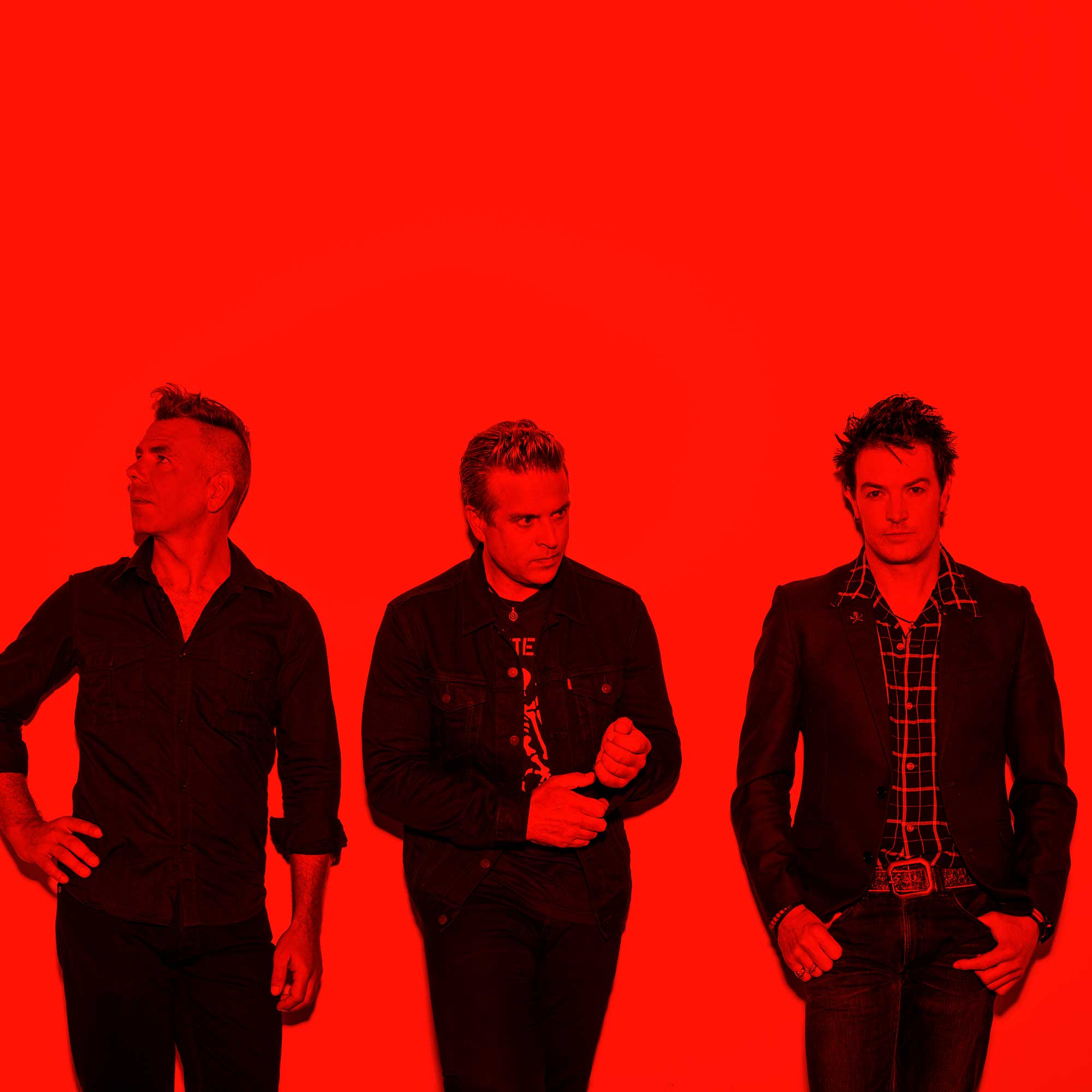 The Living End are an Australian punk rock band, which formed in 1994. Since 2002 the line up consists of Chris Cheney (vocals, guitar), Scott Owen (double bass, vocals) and Andy Strachan (drums).

The band rose to fame in 1997 after the release of their double A-sided single, “Second Solution” / “Prisoner of Society”, which peaked at No. 4 on the Australian Singles Chart and went on to sell triple platinum. They have released seven studio albums and two reached the No. 1 spot on the Australian Albums Chart: self-titled album (12 October 1998) and State of Emergency (4 February 2006). They have also gained chart success in the United States and United Kingdom.

The Living End are one of Australia’s most ferocious live acts, consistently headlining festivals around the country. The band tour internationally relentlessly; they average over 120 shows every year. Their blistering live performances have earnt the band an enviable position of one of Australia’s greatest live bands.

At ARIA Music Awards (Aus Grammys) ceremonies they have been nominated 27 times and have won six awards. The band have won an APRA Award (Aus version of Ivor Novello Awards) for Song of the Year in 2009.

Australian musicologist Ian McFarlane described the group which “emerged as one of the country’s premier rock acts. By blending a range of styles (punk, rockabilly and flat out rock) with great success, The Living End has managed to produce anthemic choruses and memorable songs in abundance”. In October 2010 their debut album was listed in the book, 100 Best Australian Albums.

The Living End consider themselves to be a rock ‘n’ roll band based on punk ethics, citing The Clash, Iggy Pop, The Who and The Jam as influences and bands with whom they share the same ideals, making a social commentary on what’s going on around them. They have also been compared favourably to 1990s punk revivalists Rancid. However, the band do not consider themselves a punk band, more a rock ‘n’ roll band who are influenced by punk

The band’s frontman, Chris Cheney is the only Australian musician to have a Gretsch guitar made specifically for him, and the company even made a limited edition for sale. Cheney’ Gretsch ‘White Noise’ model is now a sought-after collector’s item.

In February 2018 the band decamped to Germany to record their eighth studio album; Wunderbar. The album was released in September 2018.