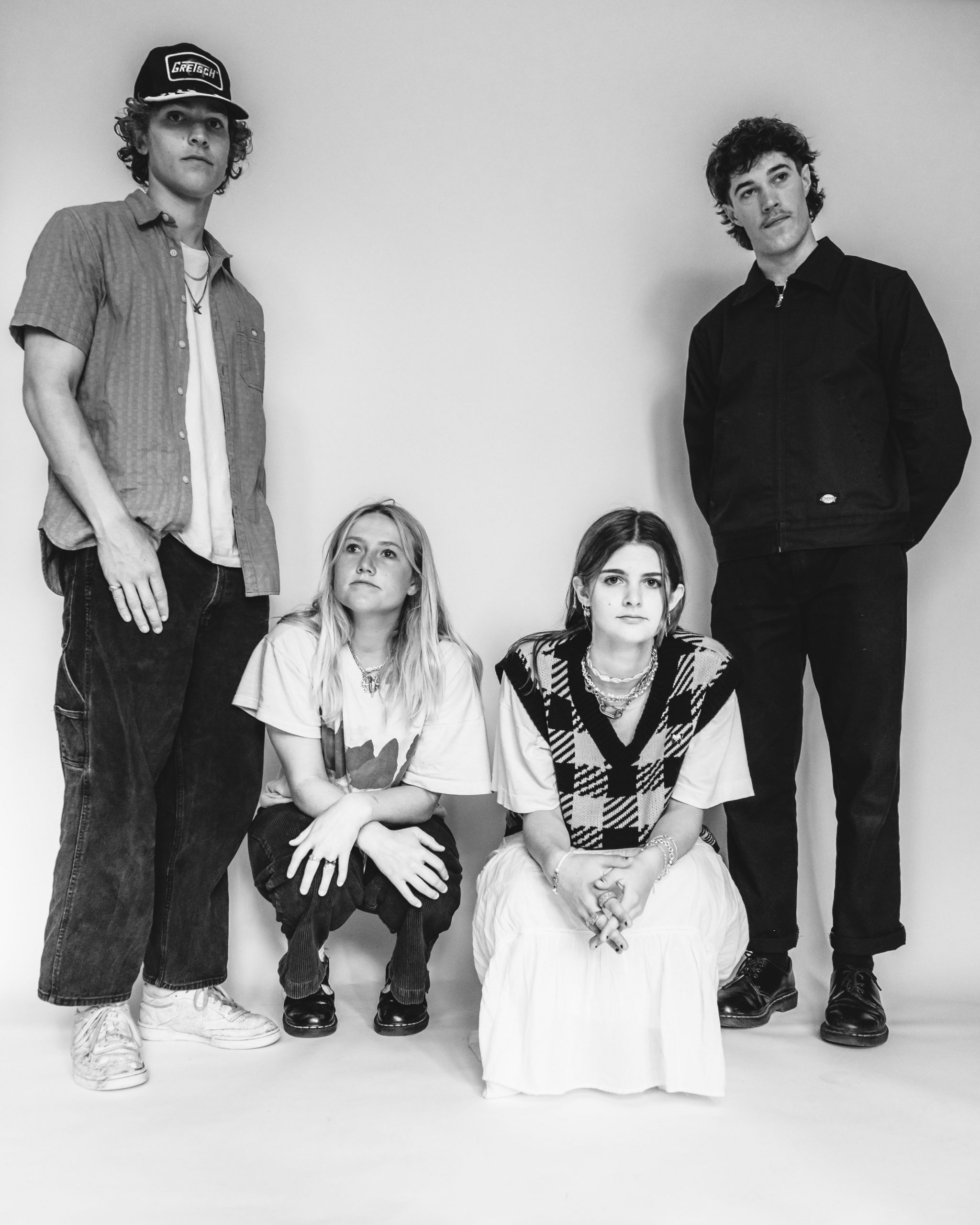 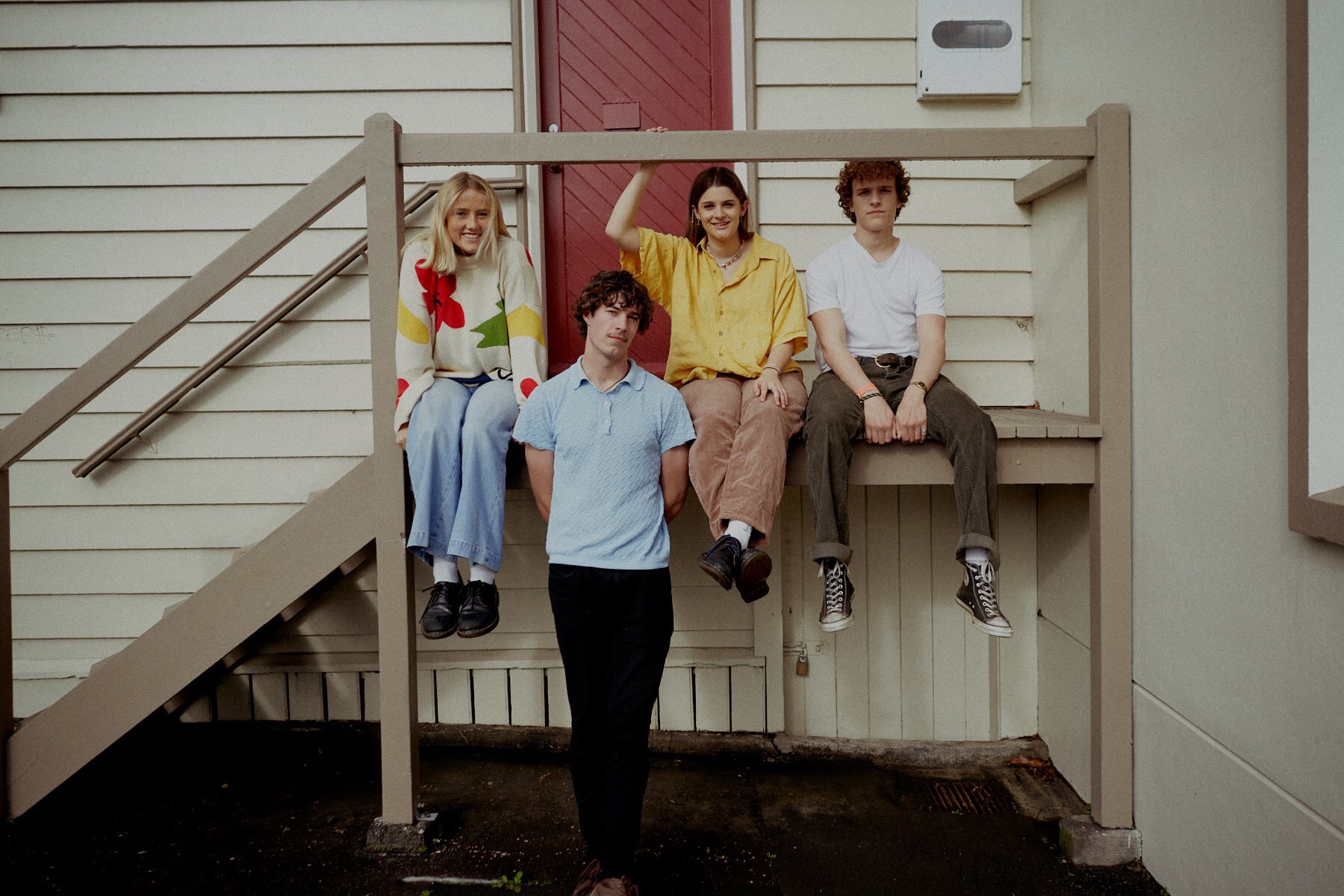 ‘There’s A Tuesday’ are one of New Zealand’s most exciting up-and-coming indie rock/pop bands. The group consists of two female front women, Nat Hutton and Minnie Robberds, both on guitars and vocals. Angus Murray on the drums and Joel Becker holding it down on the bass.

From humble beginnings in 2019, the band released their debut single ‘piñata head.’ Recorded at Neil Finn’s Round Head studios. The single reached number 13 in the New Zealand hot singles chart which was then swiftly followed by another critically acclaimed single ‘Sound of the Stars.’

Since then TAT has taken the music industry by storm, gaining recognition for their captivating live performances and beautiful music. They have received support from some of the biggest acts and most influential individuals in the music scene.

TAT released their debut EP, “Dance with me before we cry” in November of 2020 along with two music videos and a headline tour across NZ, which gained widespread appreciation throughout the Indie music scene. The EP was premiered on a number of well regarded blogs and playlists such as Indie Arrivals, Tone Deaf, and Amplify.

Following this There’s A Tuesday has had one of the busiest and most exciting touring schedules over the New Year including slots at Rhythm and Vines, Rhythm and Alps, Nest Fest and Le Currents, Electric Ave, CubaDupa, and Nostalgia to name a few.

‘There’s a Tuesday’ has a massive 2021 ahead of them with amazing new music on the way and joining BENEE on her upcoming NZ tour!